Posted by LobbyGal | filed in All Posts no comments
Tags:

On April 22, the Colorado House passed SB198. A small amendment was added on the floor, so the bill will go back to the Senate for concurrence. For more information about SB298, read below. 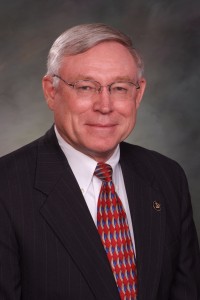 DENVER—Today, three measures sponsored by House Republicans to strengthen victim protections and prevent violent crime advanced in the House of Representatives. Bills that advanced include a measure that allows a court to limit public access to court proceedings involving sexually exploitative materials related to children, a proposal that will help local governments by allowing the state to shoulder the costs of Colorado’s victim notification system and a bill to study human trafficking in Colorado.

Senate Bill 198, sponsored by state Rep. Bob Gardner, allows a court to close proceedings to the public when images of sexually exploitative materials or forensic interviews directly related to a child are presented as evidence. The measure passed the House Judiciary Committee with unanimous support.

“Children deserve protection,” said Gardner, R-Colorado Springs. “Exposing child victims of sexual assault to more vulnerable situations serves neither their interest nor that of the public.”

Gardner is also the sponsor of House Bill 1241, which reduces local government expenditures on Colorado’s victim notification system by allowing the state to shoulder the program’s costs. The measure passed the House Appropriations Committee with bipartisan support.