Posted by LobbyGal | filed in All Posts no comments
Tags: 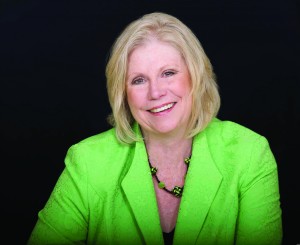 A bill that would give judges greater discretion when deciding whether to clear a courtroom during testimony involving cases of child sex abuse is making its way through the legislature.

Under Senate Bill 198, courts would have the option of closing the courtroom to the public and the press “when it is in the best interest of the child” who is involved in the case. That includes when sexually explicit photographs of children are being shown, or when a child is testifying about sexual abuse.

The bill also would allow courts the option to close the courtroom whenever forensic interviewers provide testimony that is “directly related” to the child.

The bill’s sponsor, Sen. Cheri Jahn, D-Wheat Ridge, said during a March 13 hearing before the Senate Judiciary Committee that “we absolutely need to make this clear in our statutes.”

“It is just putting the child in such a horrible place (whenever they have to testify about abuse in front of others),” Jahn said.

Tammy Pitzen, the program manager of the Colorado Springs-based Safe Passage, which assists children who are going through abuse cases, said that having children testify about sexual assault in front of TV cameras and strangers ends up “re-victimizing” them.

“We ask child sex assault victims to do what none of us would feel comfortable doing,” Pitzen said.

Jahn said that she “worked out First Amendment concerns” before presenting the bill. A committee-approved amendment to the legislation that was presented by Colorado Press Association changed the language to say that the court could close the proceedings “if it determines that the best interest of a child in a closed proceeding overrides the public interest in an open criminal proceeding.”

The bill passed the committee unanimously and is expected to breeze through the legislature.