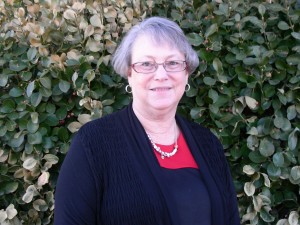 After her son was diagnosed with insulin dependent diabetes,  she started as a volunteer, lobbying in Washington, D.C. on behalf of diabetes research. In 1988, she started lobbying at the Colorado Legislature representing providers to people with developmental disabilities. During the 1997 session, Leopoldus branched out as a contract lobbyist for Goodwill Industries and several child serving agencies. All of her clients are in health and human services. Leopoldus has a Bachelor’s degree in English from the University of Colorado–Boulder, and a Master’s in Public Administration from the University of Colorado–Colorado Springs.  She lives with her husband in Colorado Springs and has two adult children and four grandchildren.

As a young adult, Brandon joined his mother in her fight to fund diabetes research. He accompanied her on trips to Washington, D.C. to explain to Members of Congress his desire to live his life without diabetes.

Brandon finished his first year of college and then left to pursue his interest in baseball.  He attended Jim Evans Academy of Professional Umpiring in Florida.  Following graduation from the Academy, he received his first assignment as a minor league baseball umpire.  After several years in the minor leagues, he left to return to college.

Brandon completed his B.A. in Communications from the University of Colorado in Colorado Springs and his law degree from Thomas Jefferson School of Law in San Diego.